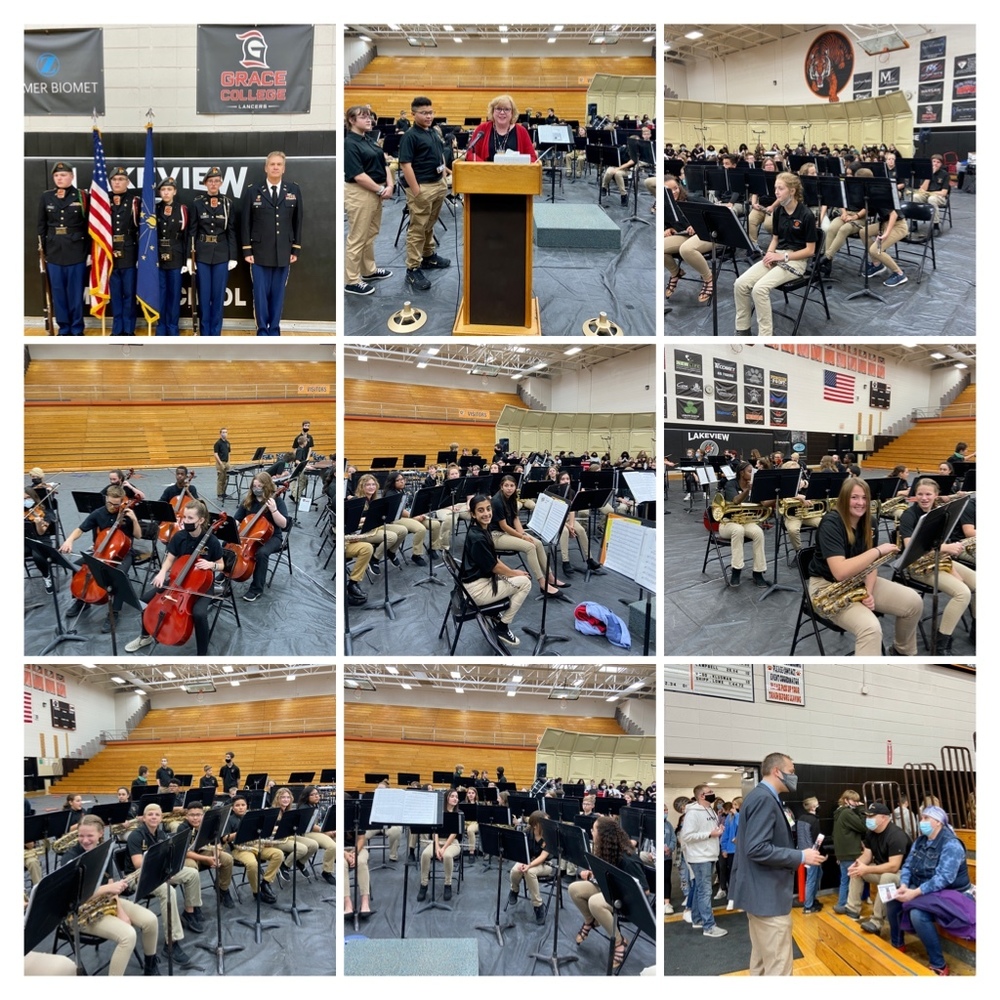 Thanks to JoElla Hauselman, Edgewood Middle School Principal, for the welcome address.

Thank you Edgewood & Lakeview Middle School Bands for the "Star Spangled Banner," "This is My Country," "Stars and Stripes Forever"  - led by Band Director Joseph Peloza.

Judy Becker asked veterans to stand and be recognized while the band played “Armed Forces Salute.”

Thank you to all military personnel and veterans in attendance.

There will be another program this evening at 7 pm. The public is invited to attend.