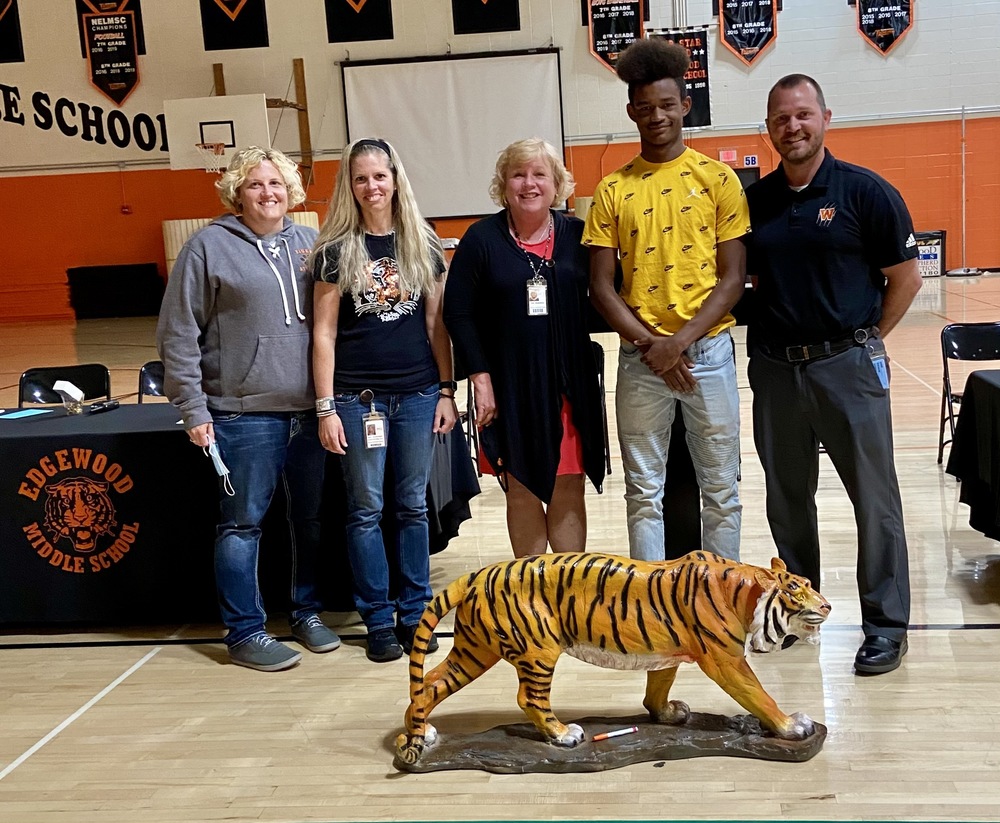 Edgewood Middle School eighth-grade student Trai Davis was honored at the end of the year award ceremony when he presented Edgewood with a special thank you gift.

Abbi Richcreek suggested visiting Superior Landscape Products, a local company that has statues outside. Trai immediately called the company and asked for the owner. He needed to know the cost of a tiger statue. The aluminum caste statue was estimated to be 20” tall and 45” long. The estimate was over $400. The following step was to decide how to raise that amount of money.

About that same time, Abbi Richcreek was printing the DARE graduation shirts for the police department. Richcreek offered for Trai and his friends to stay after school for four evenings to help for two to four hours. Trai and his friends helped to complete the shirts and helped in the delivery. Trai was able to earn $300 toward his goal. The rest of his fundraising was held during lunch. Trai sold chances to win suckers and candy and collected donations for students who wanted to play cornhole during their break.

Abbi Richcreek quietly updated Principal JoElla Hauselman and together they brainstormed how to make sure Trai's altruism was recognized and celebrated; this was the first time in the past 20 years that a middle school student took this action to give back to Edgewood. When Superior Landscape Products heard how hard Trai had worked and why he was raising funds, they heavily discounted the tiger statue to help with the endeavor.

To add to the excitement, the statue was purchased without Trai's knowledge. On Friday, May 28 Trai was recognized at a school-wide convocation for “Paying it Forward.” JoElla Hauselman will now proudly display the “Trai Davis: Paying it Forward” statue, that is signed by Trai, in the main office of Edgewood. This is the kick-off for a new annual award given in his honor, reminding us all to pay it forward. Trai thanked JoElla Hauselman, Jason Culver, Erin Korreck, and Abbi Richcreek for making his time at Edgewood Middle School so rewarding. Trai plans to return annually to motivate each class to live to this higher calling.

Warsaw Community Schools recognizes Trai Davis as an outstanding leader for the Class of 2025. His work ethic and generous spirit are commendable. 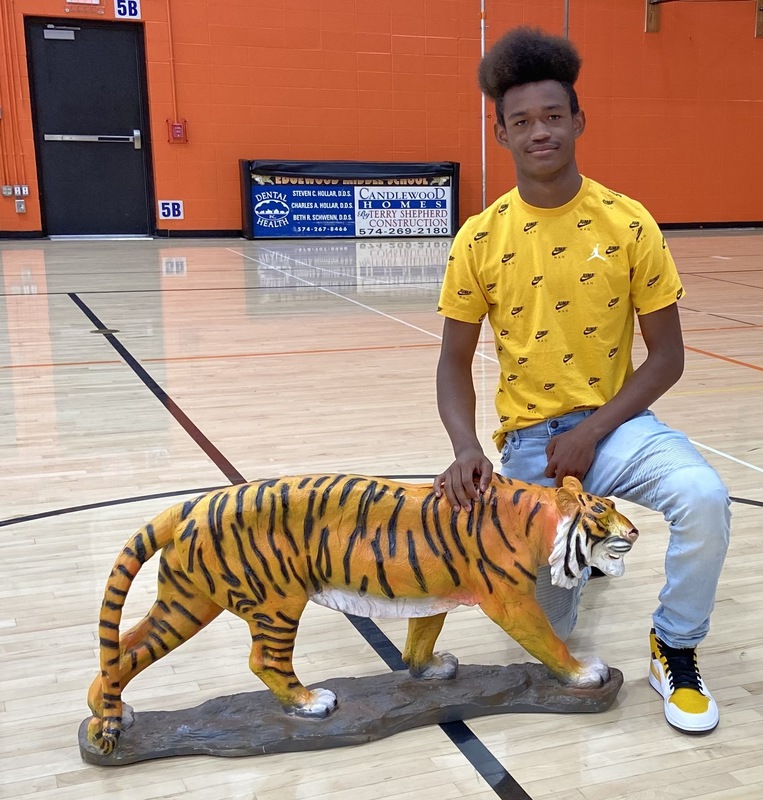