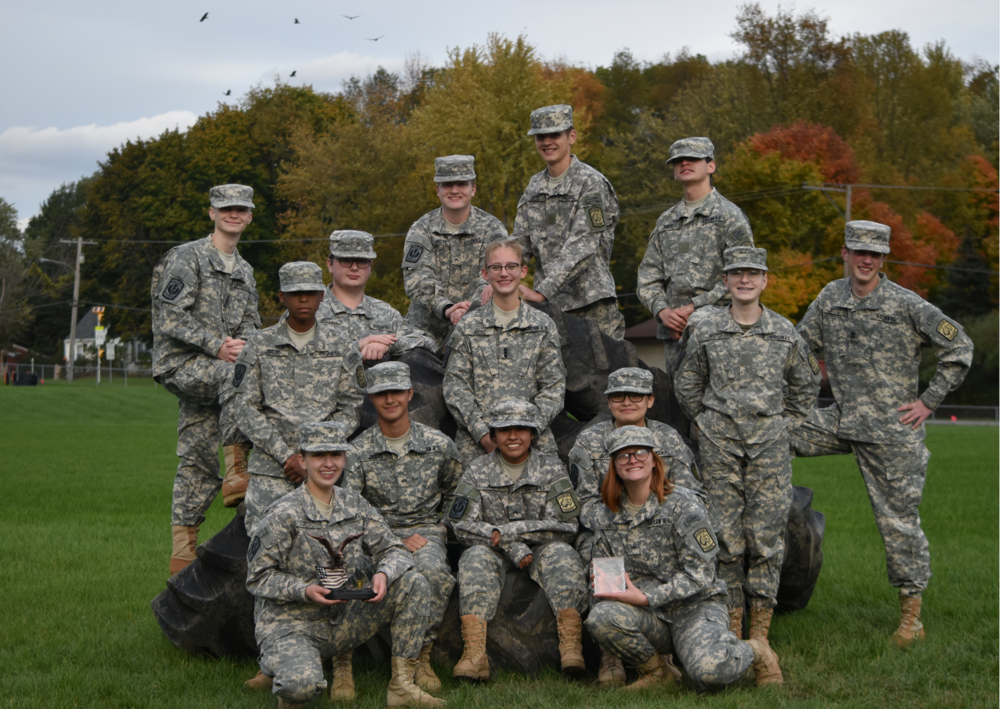 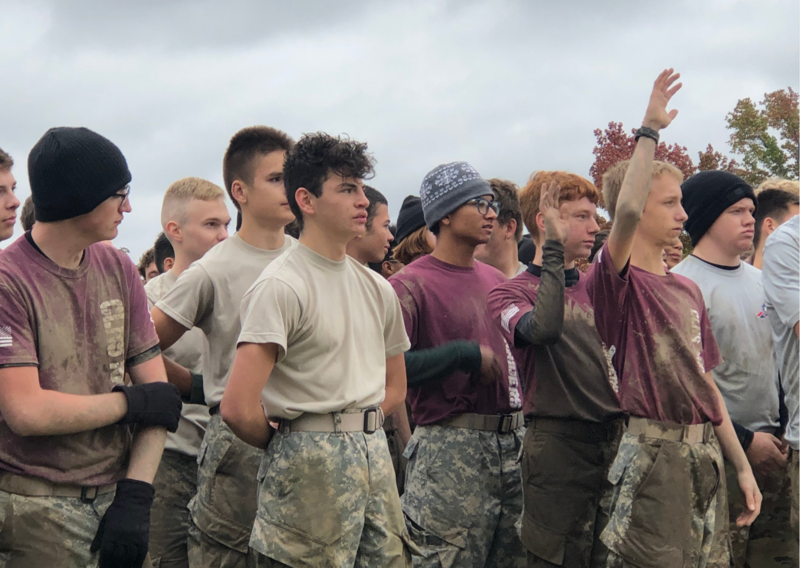 For the first time in its nine-year history, WCHS’ JROTC Raider team placed 3rd in a Raider competition.  It was their fourth competitive meet for the Warsaw Community High School’s Army JROTC “Raider” team in the last 6 weeks, and it turned into a day of “firsts.” This was also the first time that this meet was held and hosted by the Army ROTC at Purdue Fort Wayne (PFW).  It was at this first-time event at PFW that Cadets crawled and ran through mud and the cold of a cloudy 50-degree day. This season also marked the first time this combined male and female team was ever led by a female Cadet.

Raider is a commonly known popular athletic competition held within JROTC programs across the U.S.  A Raider meet consist of five events, a cross country rescue (liter carry over, under, and through obstacles while carrying equipment), a “Gauntlet” (requires Cadets to go over walls, go through tubes, carry water-filled jugs and crates), a Physical Obstacle Course (obstacle course), one rope bridge, and a 5k run.

“The Raiders team is the most physical among the 4 teams that compete throughout the region,” noted Major (Retired) Friedrich Josellis.  He further added that the team allows student/Cadets the opportunity to work together as a team to negotiate various obstacles under the demands of running, jumping, climbing, and decision-making. Making timely decisions and effectively implementing them is critical to finishing each obstacle and task in the fastest time possible.  Teamwork is required and essential for success, not individual achievement or excellence.

Cadet Selah Lewis is the first-ever female Raiders Team Captain.  Cadet Lewis plans physical training during the week and selects which Raiders will compete in which events. Major Josellis noted that her team’s achievement is a big feather in her cap, for the team, and the program.  Of her achievement, Cadet Lewis said, “It’s humbling to lead this team to victory. These Cadets have trusted me to lead them through a course they have never seen. For Warsaw JROTC Raiders to even be competitive against some of these schools who have their own courses at their own high schools, speaks volumes about their efforts and the faith these Cadets have placed in me.”

Since mud is now part of the Raiders’ team diet, they plan to keep it that way.  Unlike previous years, this team doesn’t plan to take a break or hibernate this year.  This team will practice in snow, rain, cold, and mud over the winter.  Major Josellis said, “There are two teams in our area that will earn an Army all-expense-paid trip to compete at the Nationals in Molena, GA.  If we want that opportunity, we need to practice and push ourselves even harder to get to that level.”

Students interested in joining JROTC should contact Major Friedrich Josellis or Command Sergeant Major Jon Mitchell at Warsaw Community High School to find out more about JROTC, the Raider team, and the JROTC other teams.  Their email addresses are fjosellis@warsawschools.org and jmitchell@warsawschools.org.

Congratulations to the competing cadets, leaders, and their supportive families on this outstanding victory.